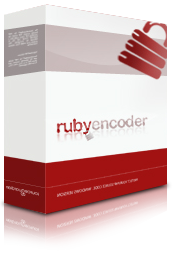 
Wednesday 06th April 2022
RubyEncoder for FreeBSD updated
We are happy to announce an update of RubyEncoder for FreeBSD. Despite of the doubt we had about FreeBSD support, we decided to continue updating and supporting RubyEncoder for FreeBSD. As usual this is a CLI-only version.
This release was built on FreeBSD 12.2 with minimal shared lib dependencies. Ruby support starts from Ruby 2.3 and goes up to Ruby 2.7. We will continue removing support for very old versions of Ruby for other platforms too.
As usual you may download all the recent loaders from our loader page.

We have added loaders for Apple Silicone Macs. Ruby 2.6, 2.7 only. Please note that loaders for x86_64 and arm64 differ and loader bundles are NOT built as universal bundles. So, please choose appropriate loaders for your system and Ruby installation.

Note, that the new arm64 loaders work with custom build Rubies compiled on Apple Silicone from source or similar installations. You may check the ruby executable architecture with 'file' tool on your Mac. Standard Ruby which may be preinstalled by Apple is arm64e architecture and while the new loaders may work with it, it's not recemmended that you use this combination.

Wednesday 09th March 2022
RubyEncoder 2.7.5 launched - updated GUI
We are happy to announce the launch of RubyEncoder 2.7.5 with an updated GUI!
The updates include:
· A fully rebuilt GUI. You will not notice many visual changes but the updated version supports hi DPI monitors and has some other minor refinements.

· We removed support of 32-bit (x86) encoders and loaders for Linux. Embedded platforms support did not change.

This new version is available now to download on our site. Please feel free to try it.

Already using  RubyEncoder? Our active users may upgrade from their user profile as usual.

• Source Path column added to the project window.
• File masks in Preferences if they contain a slash are applied to absolute source paths instead of file names. This lets use masks to filter source folders or select appropriate encoding modes depending on source folders rather than file names.
• Option to show hidden files in Preferences/Interface. If enabled hidden (dot) files are shown in the Add Files popup and may be added to the project.
• New shortcuts for Lock (C+L) and Advanced (C+K).
• Locking options compatibility check for "encrypt-to" options which cannot be used with locking to a license file.
• Options compatibility check in Advanced options.
• Desktop, Documents and Volumes(macOS) shortcuts in Add Files popup.


Sunday 17th November 2019
RubyEncoder 2.6 is available for Windows and FreeBSD

We have updated RubyEncoder for Windows and FreeBSD. Encoding for Ruby 2.6 is fully supported by this new version. Versions for Linux and MacOS were made available earlier. New loaders are included with the installation packages and also you may find them on the loaders page.

We have also updated loaders for ARMhf (Raspberry etc boards).

Please note, the files encoded with this version will require updated loaders. RubyEncoder 2.6 is available for Linux and MacOS at the moment as well as new loaders for these platforms. We are working on the new release for Windows, FreeBSD and also updating loaders for all the other supported platforms.

We tested encoding for Ruby 2.6 as much as possible using standard tests and encoding of some real working projects. Tested new Ruby 2.6 features. But if you find any problems with Ruby 2.6 encoding, please don't hesitate to contact us and we will work on fixing the issues asap. Thank you.